Recently, my friend & i sat down for a long wait to watch the latest James bond Movie. During this long wait the conversation naturally turned towards our plans for the future. The oil and gas market has taken a downturn in the last couple of years. This downturn has affected both of us and our other friends and colleagues. What evolved over this two hour chat is one of life’s subtle ways of directing both of us towards our passion. The passion to take action to preserve & to increase the fast depleting tree cover. We spoke about a greener earth, starting our action at our own homes. The vision of “how to” and “when” is Bala’s
Bala the Visionary is my friend and colleague from a previous company. Bala comes   from Osmanabad district in Marathwada region of Maharashtra state. This region is now known for deficient rainfall. The shortage in rainfall has led to farmer suicides. The place is now attracting media attention over these cases of farmer suicide. Farmers who are unable to sustain their families due to deficient rainfall see no hope.

Bala’s Story:-
His story, as do all heartwarming stories go is -simple, down to earth and full of love for his place, this earth and for all of us.

Bala is from one of those few villages which had its own primary school back in 1980’s, just a kilometer away from the village. His school was located right adjacent to a wide, elevated stone road leading from the village to the town.  On both sides of the elevated stone road there were bullock cart tracks, formed due to the constant plying of bullock carts. During the monsoons the rain water flowed from the hills all the way down to the Village River. The bullock cart tracks formed tiny rivulets during these  4-5 months a year. He recalls a memory, when as a child he and his  friends made a kilometer walk to school during this rainy season. This slow walk took them just over an hour and presented an amazing learning opportunity. They used to observe how the tiny fish swam  against the current. The  tadpoles flocking together in a frenzy to grow faster,  tiny prawns just ready to be picked out and so much more of the aquatic life.  He also recalls the green lush grass and tress along side and the beautiful butterflies. This is the place khed Osmanabad

In the last two decades so much has changed; forget about the waterway walk to school, now the village River hardly flows in a year and the district is known to the world for draught and farmer suicides.  The speed at which climate has changed forced him to wonder and imagine the worst case scenario. The change is devastating & disturbing. The wonderful picturesque landscape now seems like a dream.  Today’s reality is a contrast to the life he has seen and experienced. That same soil now hardly gets wet during the monsoon season.  Monsoon plays hide and seek. He ponders, what would the next generation receive and witness if this same deterioration continues.

His nudge from life comes from what he sees today back home and what it was during his days when he was growing up. He has a vision.

​
VISION:-
His vision is “greenmap.india”. This will translate into planting one tree at a time. The tree plantation activity will be a partnership & association with primary schools and involvement of local people and farmers.

Idea is to plant, grow and maintain trees for at least three years. There will be basic protection provided for the saplings so that they have a chance of survival. The best season to plant trees is June & July of every year just before monsoon starts. The money for the first 500 saplings will be his own funding and any interested people. Eventually there is a hope that there will be a strong human chain to make “Greenmap.in” a dream come true.

ACTION:-
The first school will be Bala’s s childhood hometown school which helped him to relate to the whole issue of environmental change. The other schools, collages, Grampanchayat and government premises in the areas will be approached and requested to allocate space to plant the trees. Once the school administration agrees the school teachers and students will be motivated to join. This is only possible through the efforts of each and every person

Bala says – “I want to do my bit for that land which helped me to realize the sea change environment has gone through, effecting the climate . This climate change is at a place far away from highly polluted urban areas, it is scary to imagine the effects on places which are polluted”

Many of us can join him in his endeavor. If interested to be part of this please email Bala 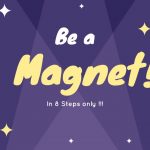