​Gradual changes keep occurring in life as I continue living in the present moment . I notice that as the old behavior dropped away, people started observing the changes. I no longer continued with the old patterns. Life was changing. Along with this change came the reaction of friends old and new. The friends said – you have changed. You no longer meet our expectations. You don’t do the things that we were friends for in the first place. Some walked away. On the other hand there were some friends who came closer who started experiencing change themselves.
During this time there were these rare moments of personal doubt as well, which occurred during the quietest of moments, during a peaceful walk in the park. The doubt ignited a small spark of fear … it was a thought form hinting at “there is no real change- this is just a mask you are wearing” to reinforce its position it brought back the old memories, where change had occurred but lasted for a short while. It was then that the old habits crowded in again at the first opportunity. When I rebounded into doing the same things which I was trying to walk away from.

This is where grace carried me through, this time – I see clearly that the reason the old habits came bounding back was because of the very the path I had chosen to change habits-I had shooed away the unwanted behavior, bolted the door, latched it, put my weight against the closed door and was fighting very hard to hold fort.  I had to literally guard the door to ensure that the old patterns did not re-occur. This took up most of my energy and essentially increased my focus on the very patters & behaviors I wanted to change. As the saying goes “what you focus on grows” The moment there was a small gap the old patterns emerged with renewed strength.

This time it was different- I did not do any fighting, any shooing away, I did not even try to think about changing or taking charge and being in control of myself. I kept my self open…. I just observed. I witnessed the coming in and going out of the patterns, of the thoughts. Gradually over time the old patterns never came back in again. I was left there watching the small space created where once the old patterns were. That space was now peace. This I know, was By Grace.

Life keeps directing me, teaching me, advising me and instructing me. From that doubt arose the reasoning of why this change is different. It immediately lessened the fear and reduced the thoughts and eliminated the doubts. In this moment, which is all there is! I am no longer attached to the old behaviors, thought patterns or the past.

I am reminded of one of Mooji’s quotes from his book “White Fire”-where he talks about complete surrender. If there is complete surrender one does not need any imitation. No wonder I don’t have to pretend anymore . I just am


One of the events which initiated this was- When, for the very first time I questioned “what would happen if I stopped thinking? Will I die if I stop thinking?” I had a strange experience- I realized that thinking was not required for me to be alive. I could let go of my firm hold of being in control. This realization hit me with real force. I was stunned that all the hard work of thinking, planning, planning in great detail about the future , reliving it again and again as though playing out a movie is not required at all.  When this knowing happened there was a sense of calm. An inner, deeper intelligence making me realize that Life Knows, my efforts are not required. I just have to flow along with life. 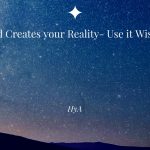 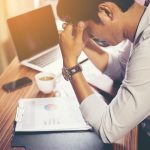